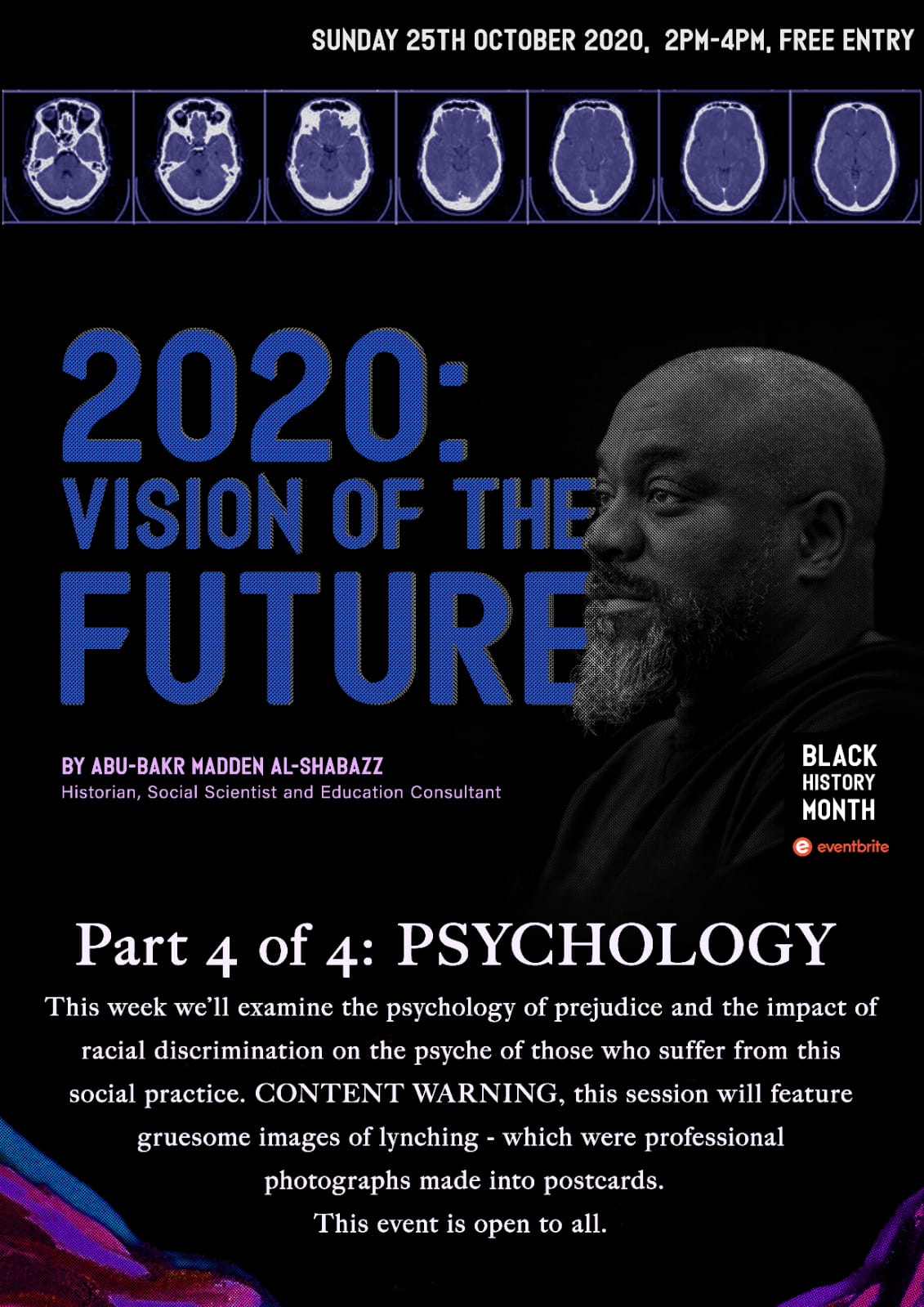 This section will examine the psychology of prejudice and the impact of racial discrimination on the psyche of those who suffer more from this social practice. We will delve into the black and white doll studies constructed by Marmie and Kenneth Clark that was used in the Brown v Board of Education 1954 case to desegregate schools in North America. The doll studies actually presented psychological facts relating to black children having immense inferiority complexes based on racial biases engineered by the legal and political systems of the West which was influenced by European scholars such as Blumembach and Linnaeus from the 1700s onwards. We will look at the English speaking systems of race psychology and how they view black people through political and legal institutions which allow the police force to deliberately target blacks in a system of control and patrol rather then to serve and protect blacks in society.

This section will look at some of the most gruesome images of lynching – which were professional photographs made into postcards – sanctioned and supported by the federal government and local law enforcement . We will also venture into race perceptions in the West which allowed enslavement to exist for 500 years without any psychological remorse given to the victims and more given to those white enslavers who lost property and free labour.

We will end with looking at how Western psychology and psychiatry had its roots in the Trans-Atlantic enslavement system in diagnosing slaves to justify their brutal treatment by white slave owners. We will discover some of the earliest psychological terms used to treat slaves who wanted freedom or rejected rape; as these two positions were considered by white merchants and slave owners as being insubordination to a request or command Psychology is a European science with much racial undertones in which modern students are totally unaware of as far its roots and origins are concerned. This section will open your mind to modern psychology and its origins.