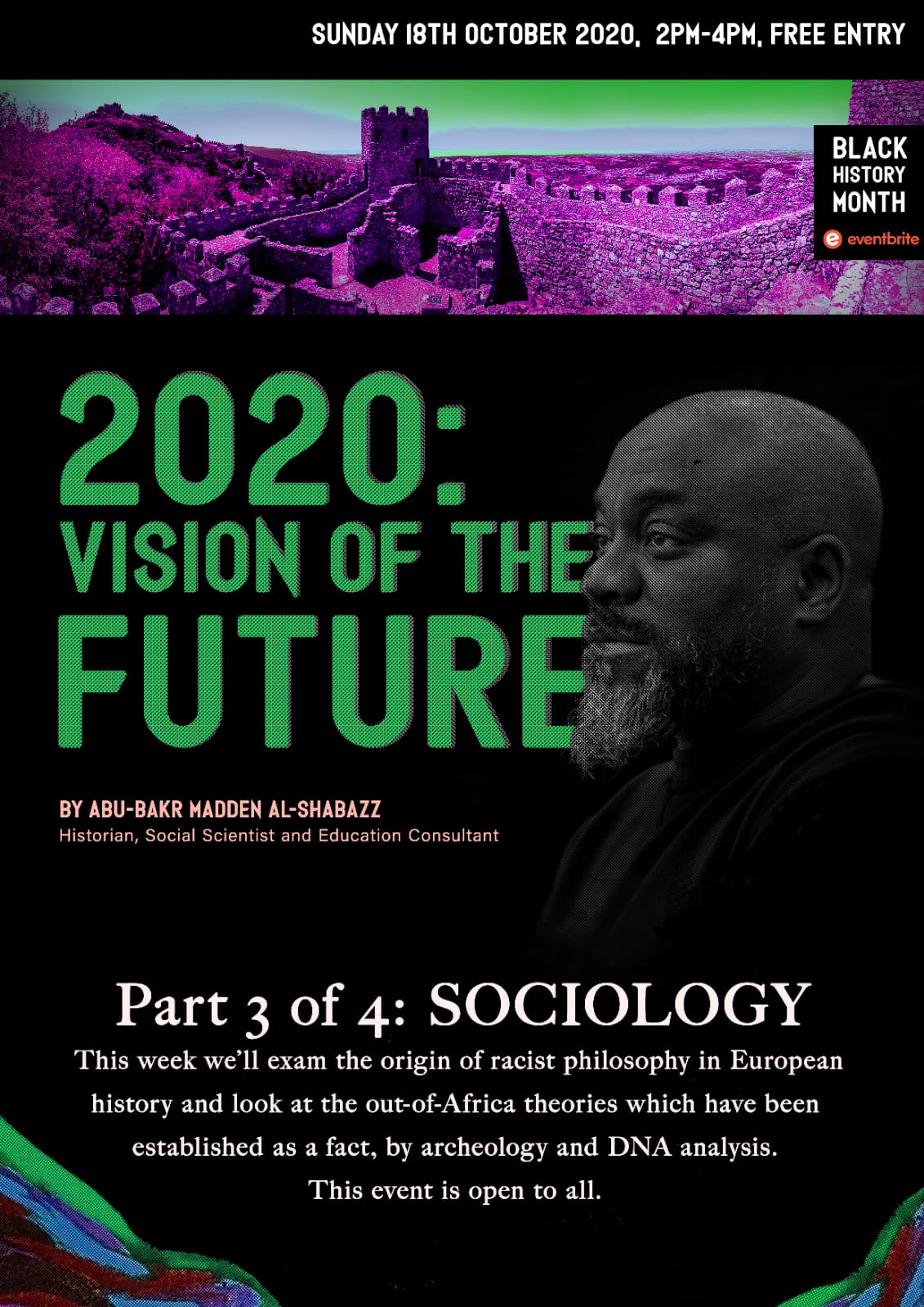 Part I, will look at the out-of-Africa theory which has been established as a fact by archaeology and DNA analysis. We will look at the Grimaldi (African) skulls found around Europe, Russia and Asia – establishing the African origins of culture, society, civilisation long before the emergence of the Asiatic, Indo-Europeans and Semitic groups.

Part II, this section will examine the origin of racist philosophy in Europe by biologist, anthropologists, religious doctors, evolutionists and phrenologist. This section will look at the Indian Caste system showing the historical links to an ancient practice which dates back to at least 6,000 years old. It will then lead to the European colonial and enslavement period in which racial groups were constructed to create a hierarchical system based on skin colour and other phenotypes which we term race. Race, as an idea comes from the connotation meaning competition which means socially, politically and economically there is a race of winners and ultimately a race of losers which explains why black people in all white or fair coloured countries are at the bottom of the social ladder of these countries. Will explore the system of modern pigmentocracy and show how this structure is racially biased, unfair and justified by the dominant group in the 21st century.