Black History originated in America after Dr. Carter G. Woodson, an American black scholar, noticed from his studies that history books largely ignored the black American population. After establishing the Association for the study of Negro Life and History and founding the journal of Negro History, Woodson launched Negro History Week in 1926.

This aimed to bring national attention to the contributions of black people through American History.

This week was chosen to be the second week in February by Woodson as it marks the birthdays of two men who greatly impacted on the American black population: Frederick Douglas, an American abolitionist who worked to end slavery and Abraham Lincoln, the American President who freed slaves during the civil war.

In the UK Black History emerged as part of the African Jubilee Year for Marcus Garvey Centenary celebrations in America. Akyaaba Addai Sebbo, coordinator of Special Projects at the Greater London Council (GLC), is acknowledged as the originator in the UK, with the first event in 1987.

In Wales, Black History is Welsh History so why is the history of people and communities of African and African-Caribbean descent still invisible, marginalised and overlooked.

Black History Wales (BHW) is aiming to change that attitude and celebrate the achievements and contributions made by individuals with African and African-Caribbean heritage.

Welsh historians, cultural thinkers and artists such as Gwyn Alf Williams, John Davies and Deirdre Beddoe, dedicated their lives to study and document Wales’ story. However, Welsh black history is nonexistent in schools, media and Welsh collective memory. This damages cultural heritage and diversity of Wales as well as individual identity of Welsh black people.

African Diaspora communities take pride in their belonging to Wales and hold the desire that they can one day identify themselves through a more balanced and favourable representation that conveys its many cultural traditions, experiences and contributions.

In Wales, it was Betty Campbell MBE, the first female black headteacher, who organised activities associated with the celebrations of Black History in 1973. The celebrations originated in Cardiﬀ’s Butetown with activities such as trips, class assemblies and workshops.

Did you know… that Betty Campbell MBE was the first and the only Black head teacher in Wales until her retirement in 1999?

Black History Month Wales and Black History Cymru 365 aims to continue this wonderful initiative to inform, educate and spread hidden Welsh Black histories and stories to as many people as possible.

We believe that Black History is everyone’s history and should be studied, celebrated and showcased as part the national curriculum, additional educational activities, artistic programmes, College and University Studies and Museum and Gallery exhibits.

The Black History Wales network is made up of over 126 pan-Wales organisations such as; youth charities, grassroots groups, schools, Further Education and Higher Education institutions representing people of diﬀerent cultures, faiths and geographical locations who sit on our steering committee.

BHMWales is a month of celebrations to acknowledge the contributions made by people of African and African-Caribbean descent to local, national and world history and culture by delivering informative, educational and celebratory programme during the month of October every year. 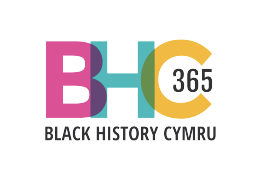 Black History Wales management team created a national, year-round Creative Arts Programme of excellence, which encourages African and African-Caribbean communities in Wales to develop new skills and gain valuable experiences, through the arts. Our team believes that Art has the ability to enrich and change the lives of people in Wales, and the Creative Arts Programme seeks to empower communities by providing opportunities to build confidence, skills and experiences. We organise and provide various creative workshops to support young people as well as older individuals who wish to acquire and develop new skills.

We believe in the power of the arts to enrich and to change the lives of black people in Wales, to share our diverse cultures, and to empower our communities by providing opportunities to build confidence, skills and experiences.

Have you got a great event happening in Wales? Want to feature it on Black History Wales’s online events calendar for free?