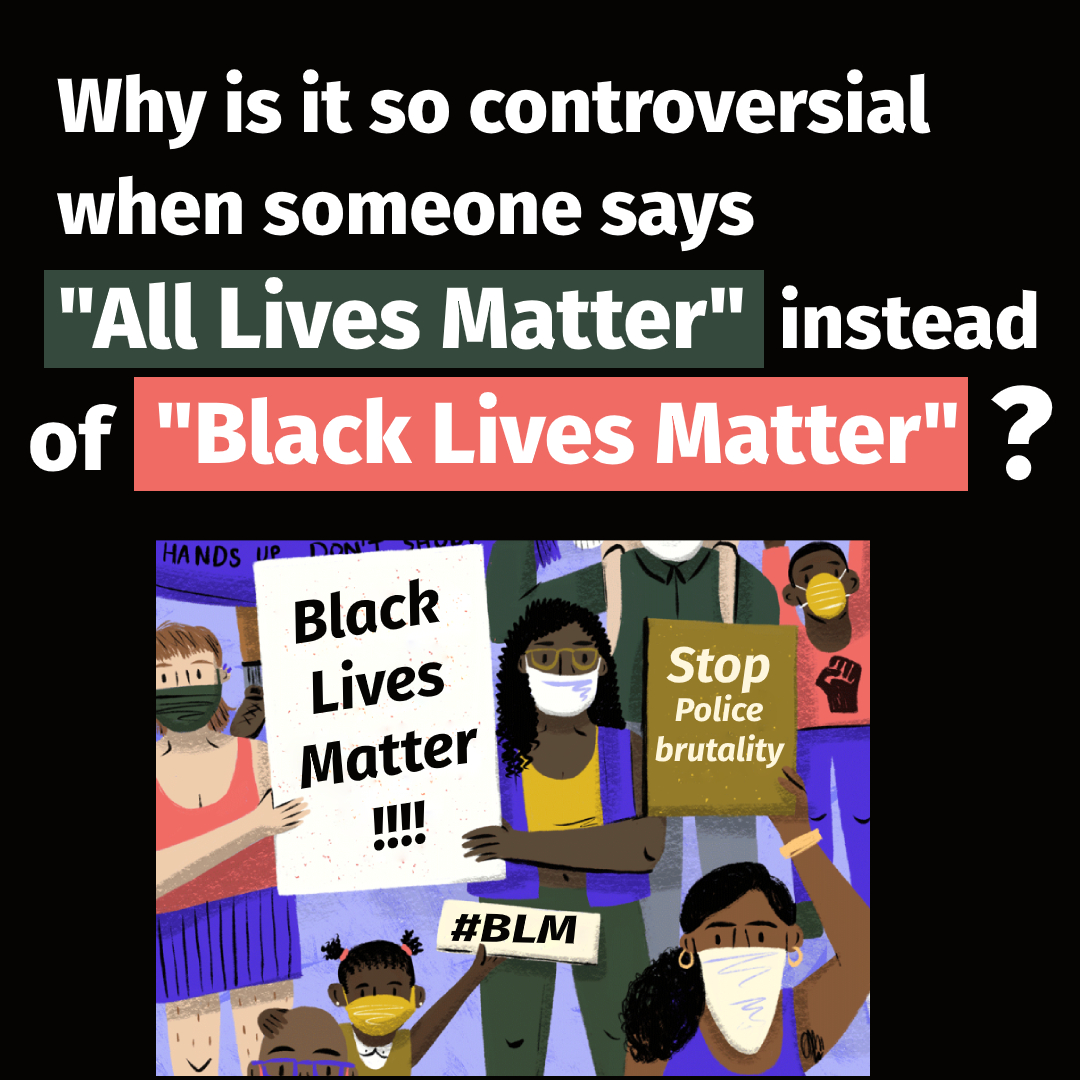 Imagine that you’re sitting down to dinner with your family, and while everyone else gets a serving of the meal, you don’t get any. So you say “I should get my fair share.” And as a direct response to this, your dad corrects you, saying, “everyone should get their fair share.” Now, that’s a wonderful sentiment — indeed, everyone should, and that was kinda your point in the first place: that you should be a part of everyone, and you should get your fair share also. However, dad’s comment just dismissed you and didn’t solve the problem that you still haven’t gotten any!

That’s the situation of the “black lives matter” movement. Culture, laws, the arts, religion, and everyone else repeatedly suggest that all lives should matter. Clearly, that message already abounds in our society.

Young black men are killed in significantly disproportionate numbers, which is why we don’t treat it as anything new. But the result is that, societally, we don’t pay as much attention to certain people’s deaths as we do to others. So, currently, we don’t treat all lives as though they matter equally.

TL;DR: The phrase “Black lives matter” carries an implicit “too” at the end; it’s saying that black lives should also matter. Saying “all lives matter” is dismissing the very problems that the phrase is trying to draw attention to.