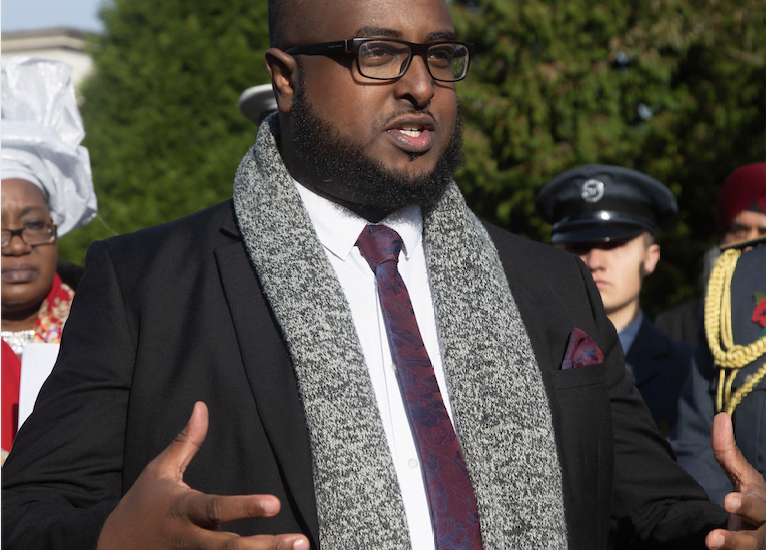 Ali was appointed the National Lead for the BAME National Youth Forum by Race Council Cymru
following the 2018 Black History Month Wales celebration of Brilliant, Black and Welsh: A
celebration of 100 African Caribbean and African Welsh people following his inclusion and award
for outstanding contributions to the development of young people.
Ali leads on the partnership development between Cardiff University’s flagship civic mission
programme Community Gateway, individuals and organisations within Grangetown with a focus
on breaking down barriers between the University and the local community. He has expertly
coordinated the widening access to study and employment at the University, raising awareness of
career paths, facilitating co-produced research between academics and local communities, and
leading role model and mentoring activities, particularly in terms of opportunities for young adults,
girls’, while effectively raising awareness of equality, diversity and inclusion.
With Citizens Cymru Wales Ali Abdi identifies, develops and empowers residents in Butetown and
the surrounding area into becoming active citizens and leaders ready to take action for greater
equality and inclusion. Ali has spearheaded and co-developed a Community Jobs Compact with
local residents, which builds relationships between local employers and local businesses. The
Community Jobs Compact aims to bring local people and employers together to tackle poverty,
unemployment and under-representation in the workforce. The Compact encourages employers
in the area to commit to best practice in relation to pay, equal opportunities, job security and
development. The first signatories of the compact have included ITV Wales, National Assembly,
IKEA and CCHA to name just a few with more and more employers interested to put pen to paper
to be leaders in tackling poverty, unemployment and under-representation in the workforce.
Ali has a passion for sport and very often uses the power of sport to engage young people in
activities and programmes. He has facilitated and brokered the relationship between many
notable Sport National Governing Bodies and Organisations with BAME communities to address
Health Inequalities and making sport accessible.
His role with RCC is voluntary and he has already managed to bring together large groups of
BAME young people from across the country to engage with Senior Political Leaders and Welsh
Government Officials. The National BAME Youth Forum meet quarterly however key leaders of
the forum meet more often to discuss the greatest issues facing BAME young people across
Wales.
Ali also supports our Welsh Youth Parliament Member Angel Ezeadum as a representative of RCC
and Ibby Osman Advisory Member to the Children’s Commissioner for Wales, Sally Holland. Both
young people hold important positions representing young people from BAME communities and
championing their concerns at various platforms.
Ali Abdi was recognised for his work with BAME communities in Wales and nominated to receive
a British Empire Medal in the New Year’s Honours List for 2020.

Have you got a great event happening in Wales? Want to feature it on BHMWales – Black History Month Wales’s online events calendar for free?